Being inspired by the Vedic proclaimation which transcends all parochial boundaries-

Narrow minded person differentiates between his and others, however, for magnanimous person or culture whole world is like a family!

Today this organisation is blessed with several stalwarts from all walks of life and all strata of the society. Some of them are un-proclaimed institutions themselves, helping the cause of service to humanity at large.

The organization is dedicated to a Sanyasi (a person who renounced all the worldly pleasures) Swami Vivekanand, who was instrumental to spell out Indian magnanimity, kindness and concern about mankind and humanity, for the first time before the world forum/community at Chicago Convention on 11th September 1893 at the World's Parliament of Religions, by proclaiming that-

The basic aim of this organization is to propagate the Indian ethos, magnanimity and generosity before world community under the banner of, once most popular and revered symbol across the globe and all the religions of the world - "Swastik". (Refer - Thomas Wilson, 2005, The Swastika — the earliest known symbol and its migration, Cosmo Publication, New Delhi)

The word Swastik owes its origin to one of the oldest languages - Sanskrit. Swastik is an outcome of two words su - asti, which means that good luck or well-being. Till date Swastik is most popular, pious and revered symbol in oriental cultures and in all most all the religions of the East and used on all most all auspicious occasions. It is regarded as a synonym of good omen.

The prayer of this organization is an invocation of hymns of Upnishadhas (books depicting religious prudence) which means that let good happen to everyone, let everyone get peace, let everyone achieve completement.

In the year 1935, a charitable organization Red Swastika Society was first founded by Buddhist Monks in China which had done commendable work of providing relief services during and after the attack on the then Chinese capital Nanking by Japanese forces in the year 1937. (Refer - Iris Chang, 1998, The Rape of Nanking, The forgotten Holocaust of World War II, Penguin Books, New York, pp 87, 102, 118) 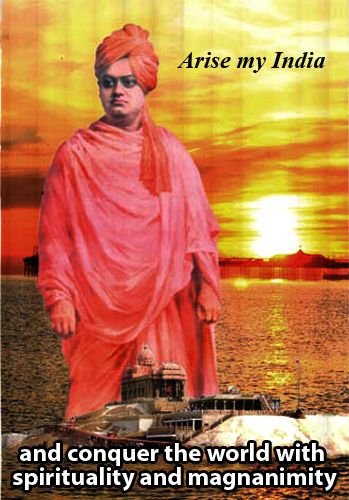 A letter was written to Geneva Convention vide letter no. NRS/1775/2006 dated 3rd 2006 for recognition of Red Swastik Society for providing the charitable work as per the guidelines of Geneva Convention. (it is under process and persuasion)

We appeal earnestly to all those, who believe in the principle of peaceful coexistence and world peace, to help us to spread this organization, its message and bring in practice the inherent, perennial & perpetual wisdom and cardinal principles of oriental philosophy "Jivo our Jino do"(live and let live) for common good of humanity and mankind on this earth.

You can become member and ask other like minded person to do so.

You can form branch under this banner by involving the likeminded Samaritans at district level in your region/country/province/area.

As said "I expect to pass through life but once, if, therefore, there be any kindness I can show, or any good thing I can do to any fellow being or mankind, let me do it now and not defer or neglect it, as I shall not pass this way again". _ William Penn

Let us resolve to do it this life time as we may not get opportunity to pass though it again. Instead of harping on heaven after death which is unknown and uncertain, let us resolve to make this earth like heaven — conducive for living to all living beings.